If you’re like me and need variety to hold off the boredom, then this is the place to visit, as you can combine different sorts of things on different days and have a really wholesome holiday. Watersports, sunbathing, hiking and shopping are just some of the activities that KK offers. So when AirAsia came up with a promotional deal, we snapped it up immediately. 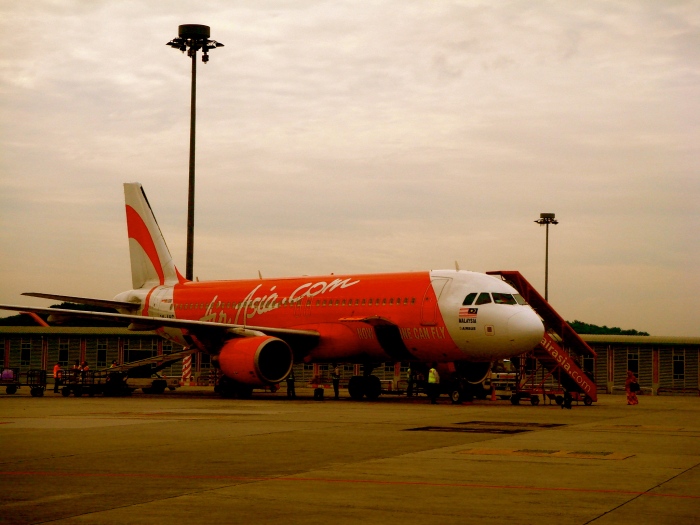 Getting started! Take off at Kuala Lumpur (LCCT) 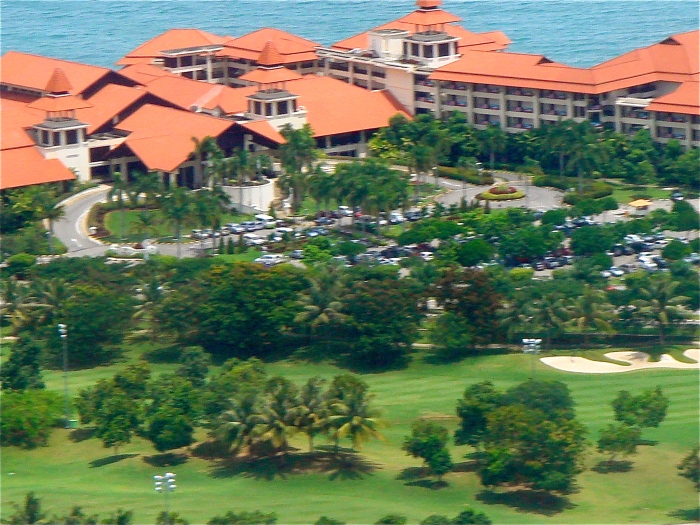 Views from the airplane #1 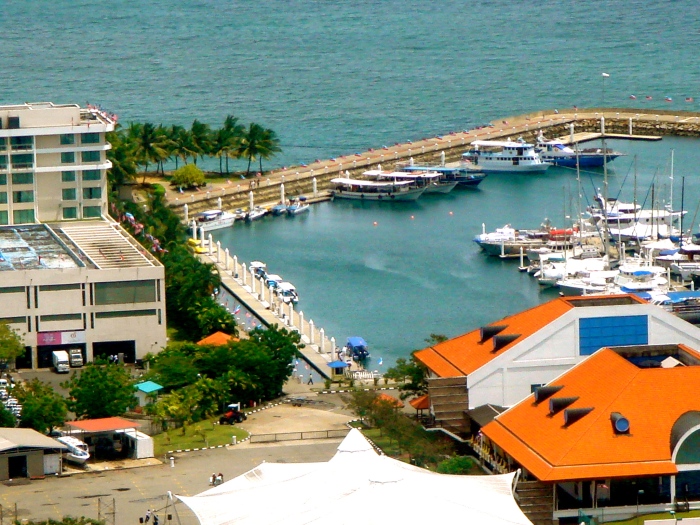 Views from the airplane #2

Our getaway began with a little relaxation by the beach. We chose Nexus Resort and Spa, Karambunai, nearly 40 kilometers from Kota Kinabalu International Airport. The resort lies on 3,335 acres of unrivalled natural and landscaped surroundings on the spectacular Karambunai Peninsula in KK, and is made up of beautiful cottages, where we could walk out the back verandah straight onto the private beach. Exploring the resort takes a whole evening at least, as the property is huge, also covering an award-winning 18-hole golf course. A shopping mall nearby called 1 Borneo was supposedly good too, but we didn’t feel like leaving the resort at all. 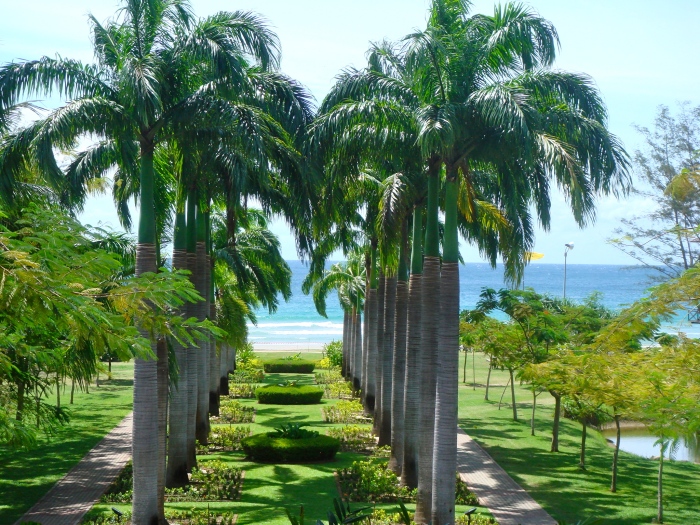 The path to the beach @ Nexus Resorts 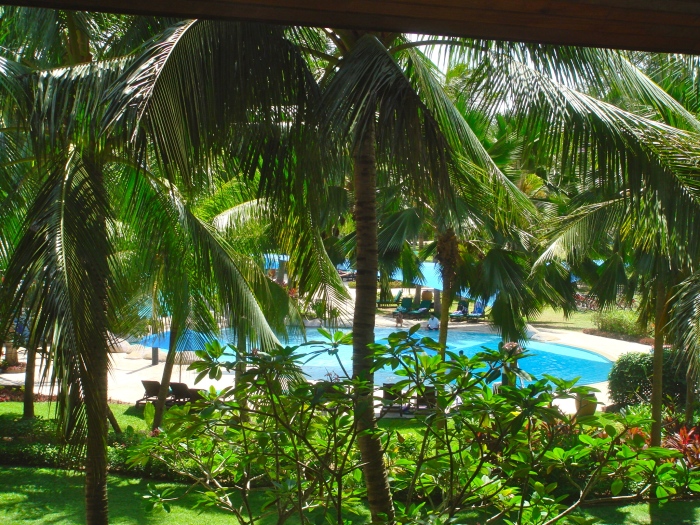 Pool view from the bar/lounge area. 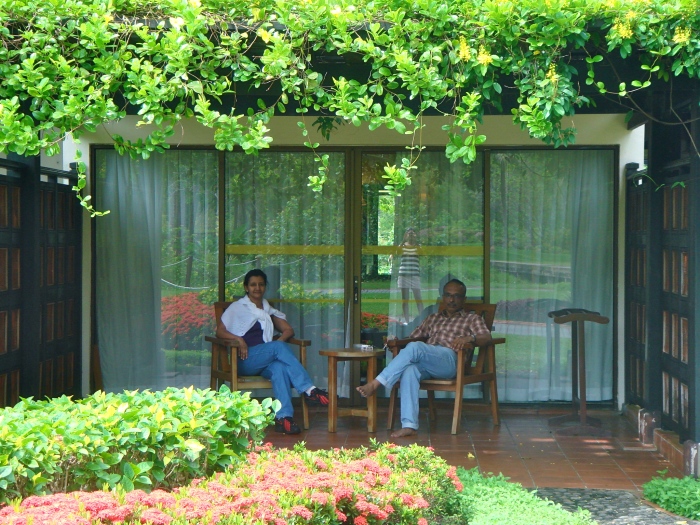 Our very own verandah, staright overlooking the beach (and you can totally see a shadow of me taking the photo 😦 ) 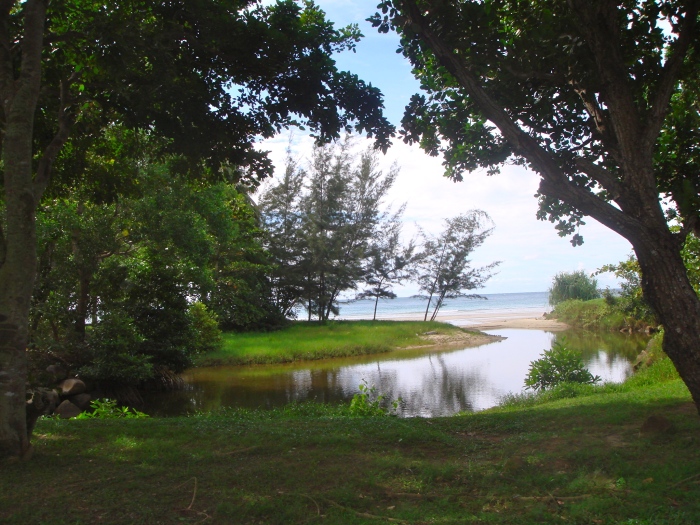 A little preview of the sea. 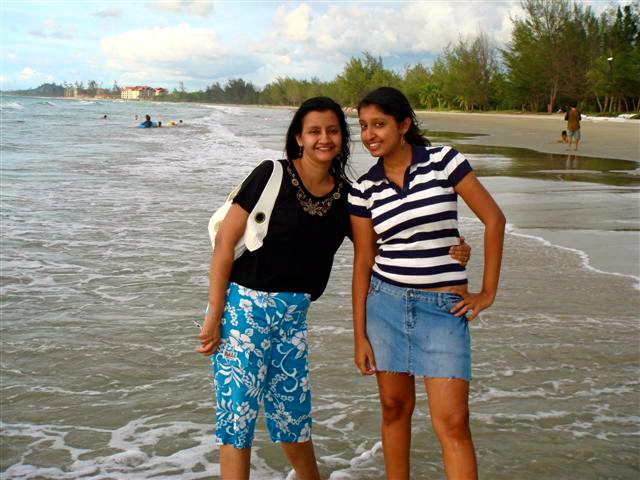 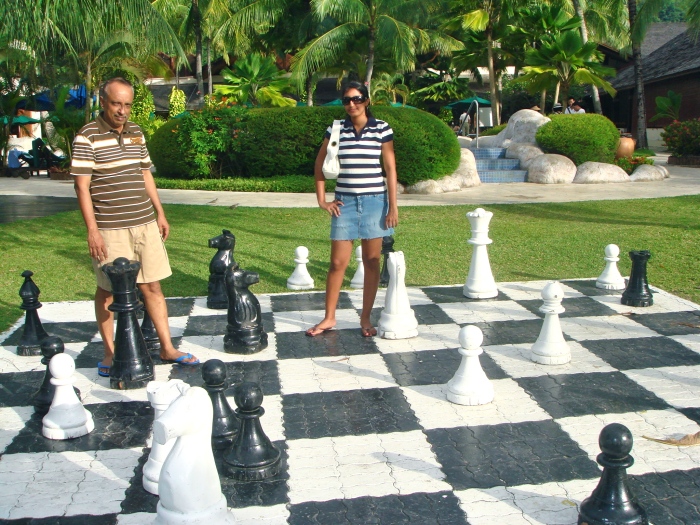 Chess @ Nexus Resorts. We tried to play but the stone pieces were so darn heavy…

The next day we moved our base to a more central location, and chose to stay in the Marina promenade serviced apartments. Not much to write about except that location-wise it was perfect. The waterfront is gorgeous, and we had a lovely North Indian restaurant nearby called Kohinoor, which was delicious.  Two malls within walking distance: Centrepoint mall and Warisan Square; both are places where you get some really good deals.

Our city tour included the Floating Mosque, which is famous for being modeled after Masjid al Nabari, the prophet’s mosque in Medina, Saudi Arabia.

TIP#1: Don’t bother going inside just for the design, however, since it’s beauty lies in its architecture outside.  Make sure also that you’re wearing long pants, and wrap a shawl around your head (women). Otherwise, “rent” an outfit for RM 3 (roughly USD $1).

TIP#2: Try visiting at sunset. The backdrop of the mosque against the lake and the setting sun is stunning. The next day we decided on island hopping. Jesselton Point, the main jetty in KK is just a short bus ride away. Most boat companies do the three main islands – Sapi Island, Mamutik and Manukan. For me, all three islands were similar, and what I enjoyed most was the ride to the island – a fast speedboat that bounced up and down over the waves without making me seasick?! Perfect. 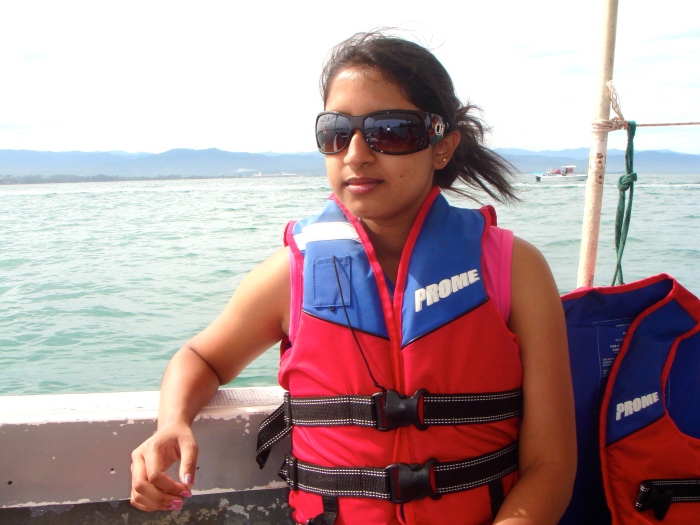 On the boat heading to Manukan Island 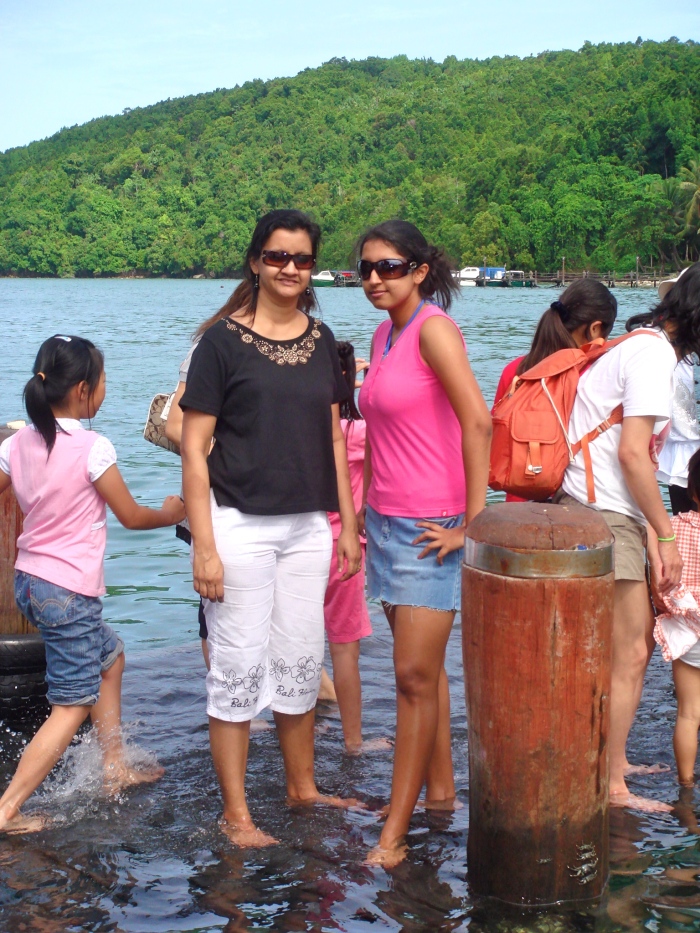 Snorkelling is a must. Sabah has one of the best underwater life in the world, and if you’re like me and don’t have a diving license (and are a bit scared to dive), you wont lose much by snorkelling. The sea is clear and the variety of sealife is beautiful. 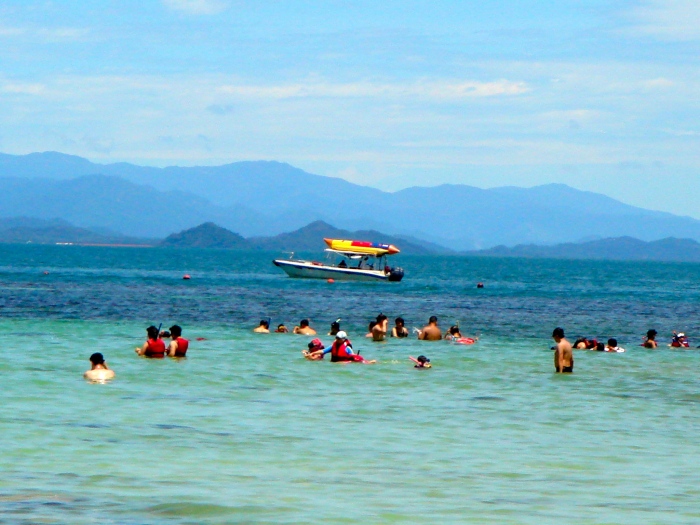 Families enjoying themselves in the water 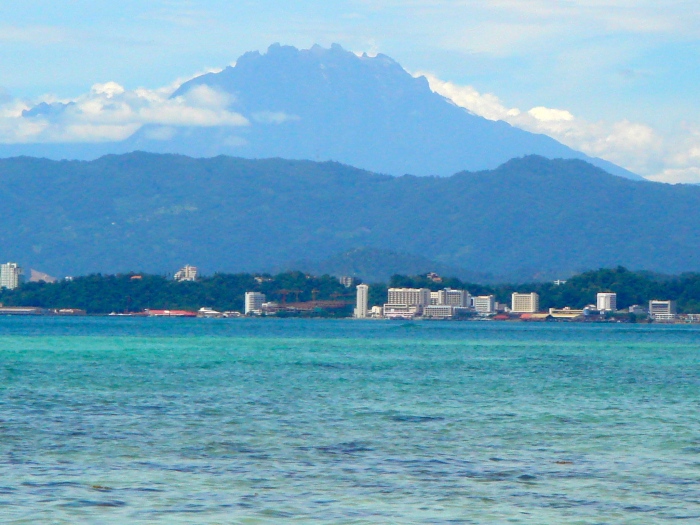 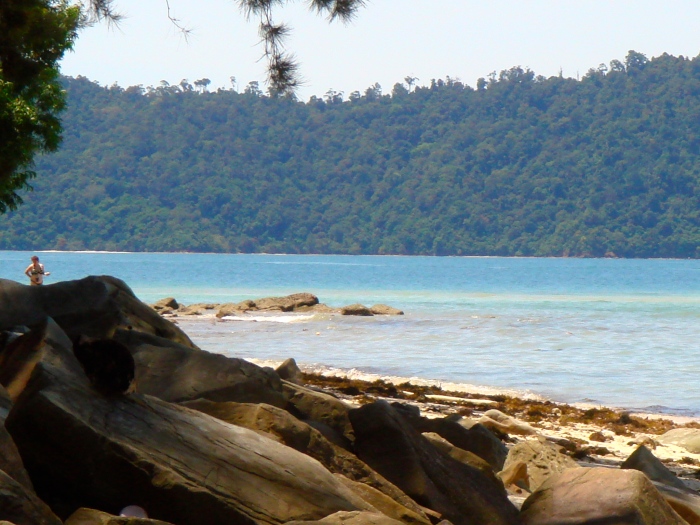 Sunbathing (in the shade) and enjoying the view

TIP#3: ensure you have plenty of sunscreen and after sun lotion. Aloe vera helps. Otherwise you will turn as red as a lobster. I’m Indian and naturally tanned, and I still got back from island hopping all red in the face (and a few other places), so if you’re Caucasian…be very careful.

(I’m not including a picture of our family all red because it’s just too embarrassing.)

Jesselton Point comes alive at night, with lots of hawker stalls opening up from 6 pm onwards, serving good and inexpensive local food. The waterfront is a great place to walk around, just to stroll around the city, and enjoy the sea breeze and the cooling effect. Couples, tourists and generally everyone is out on the streets at this point. It’s also a great place to watch the sunset. 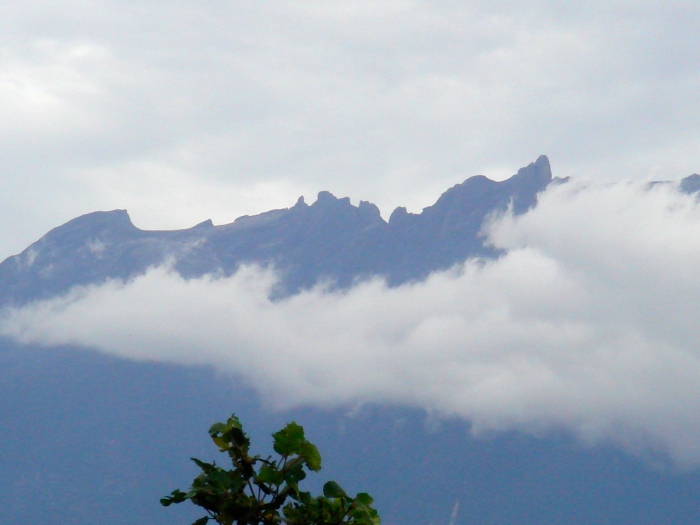 Mount Kinabalu amidst the clouds

We skipped Mt. Kinabalu as it was this day when we realised that our flight back the next day was in the evening and not late night as we’d originally thought it to be. So we visited the Poring Hot Springs and Nature Reserve, which is literally a large jungle with the hot springs somewhere in the middle. Give the hot springs a miss (unless you’re returning from a hike up Mt. Kinabalu, in which case do not miss it!) and go for the Canopy walkway instead. The walkway is 41m high and a fun experience, even though some parts of the walkway seemed incredibly fragile. There were some kids who kept jumping up and down on the walkway, and my mum would just freeze in her current position in fear until the walkway stabilized. 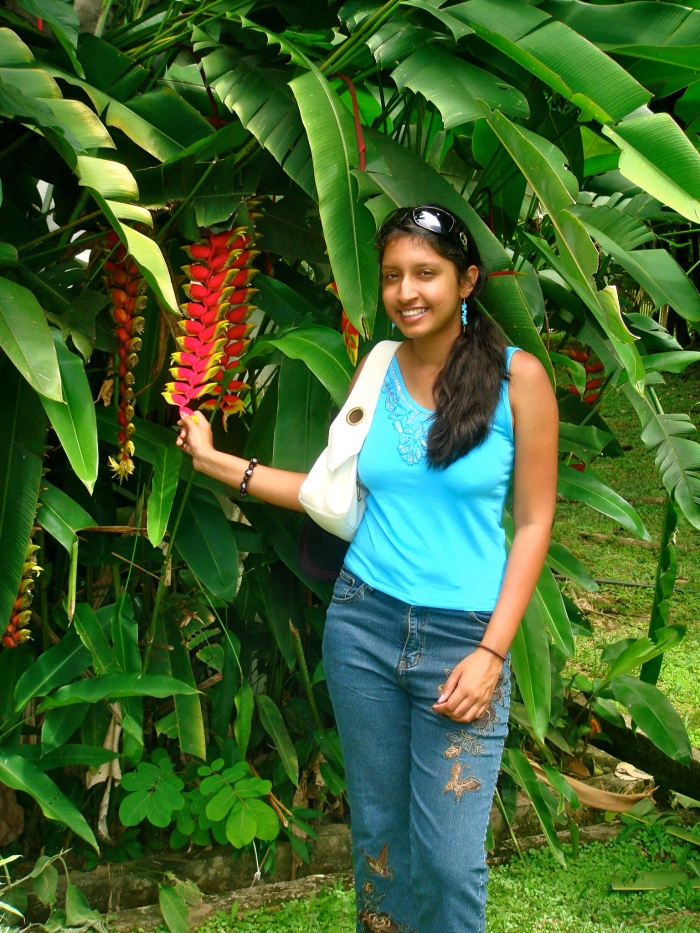 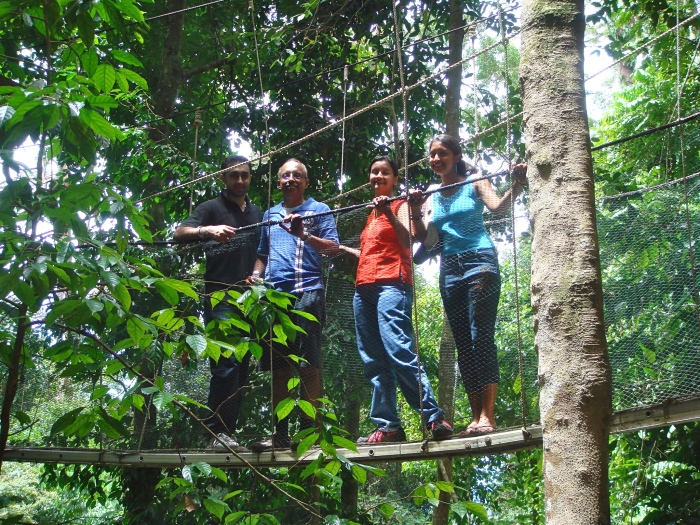 Mum pretending she isn’t freaking out. 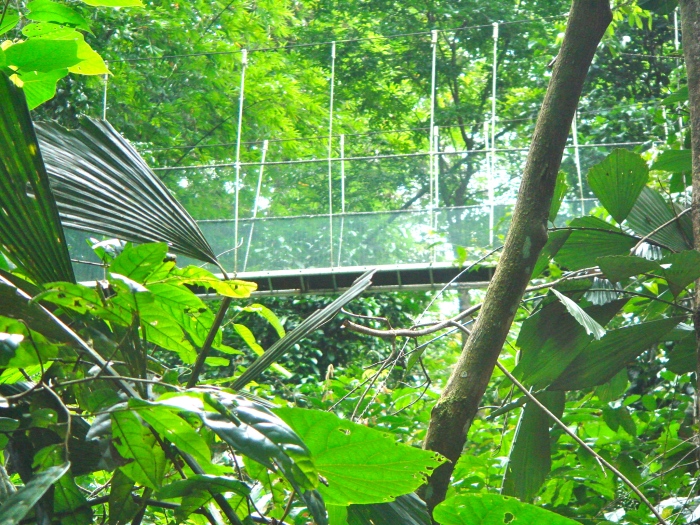 View of the jungle from the walkway 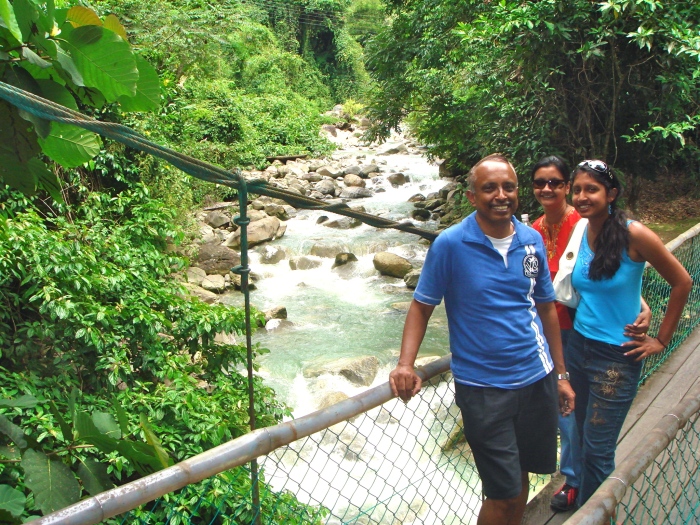 A family portrait on the walkway @ Poring 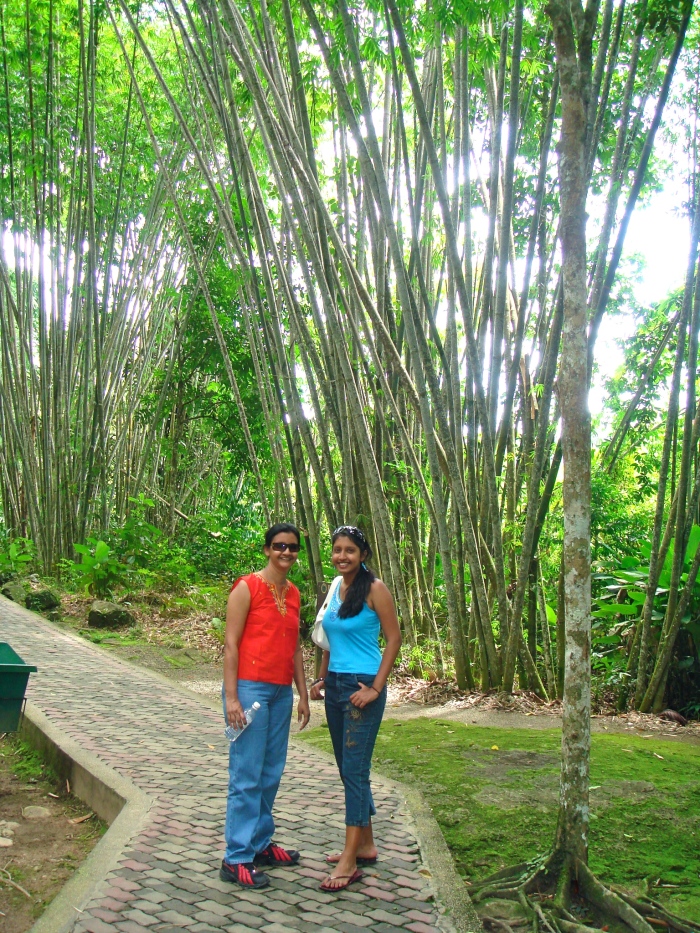 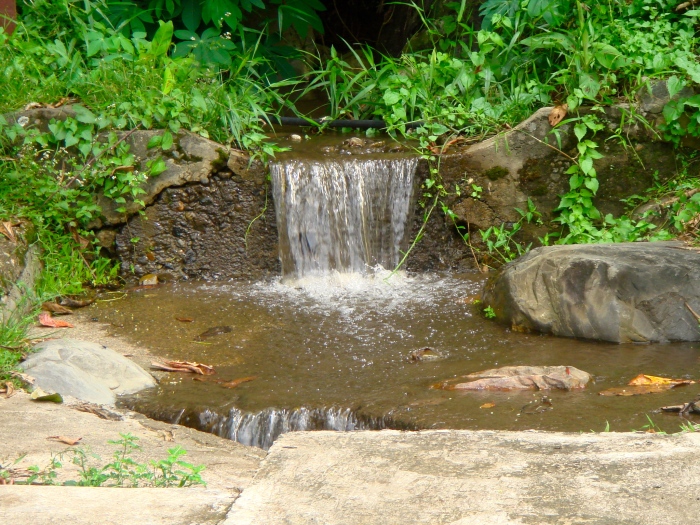 The Poring hotsprings. As you can see, it’s totally worth skipping.

The reserve also hosts the most rare flower in the world – the Rafflesia. This flower (actually a parasitic flowering plant) was first discovered in Indonesia, but is more commonly found in the Borneo Islands and Sumatra, Indonesia). It’s huge! The average Rafflesia flower is roughly 80 centimetres in diameter, and weighs up to 8 kilograms. It has no stems, leaves or roots – just petals (which, by the way, smell absolutely disgusting, like rotten or decaying meat). It blooms once in fifteen months and lasts for seven days at full bloom, before beginning to perish.  We managed to catch one that was in full bloom, and spent quite a few minutes admiring this abnormality. 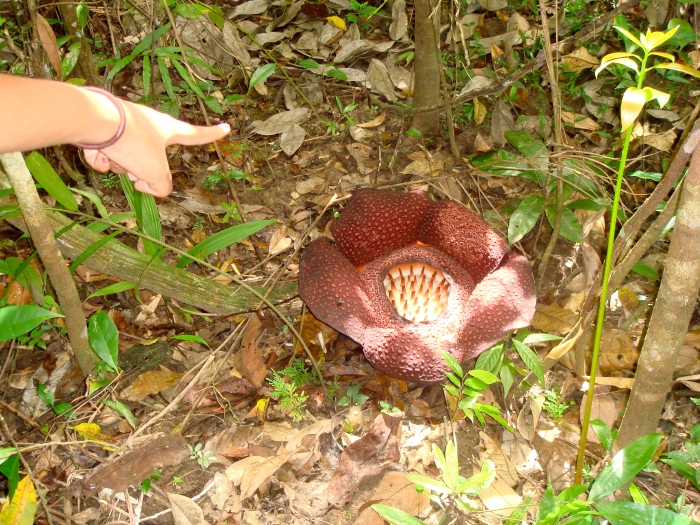 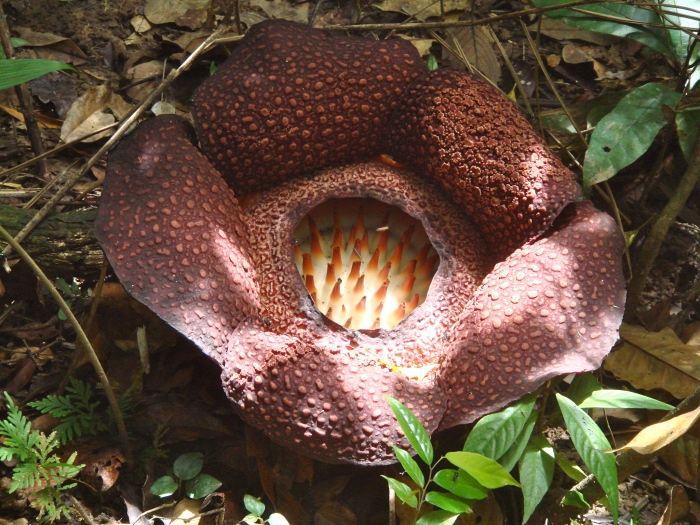 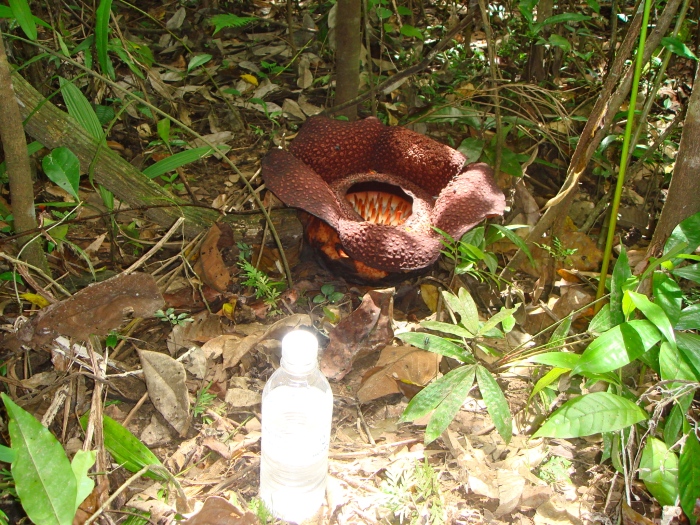 Placing a bottle of water next to the Rafflesia in order to provide a scale of comparison… it’s huge!

And that’s a wrap! If you’ve been to Sabah, do let me know your impressions. What did you like? What didn’t you like?